Machine translation has grown by leaps and bounds in the last few years.

Although earlier they were being used to translate simple, one-page documents, machines can now transcribe multiple pages of complex wordings that are replete with technical jargon. It’s no wonder that machines have now replaced a linguist’s job. In fact, machines can even detect (and translate!) emotions in text.

What has contributed to the meteoric rise of machine translation? Let’s look at some of the important developments made by researchers in this field:
Important Developments in Machine Translation

Artificial Intelligence: Artificial intelligence (AI) has not only changed the way many industries operate today; it has also made a significant impact in the translation world. Contrary to popular belief, it isn’t here to replace humans. Rather, it makes life easier by performing mundane tasks, managing workflow and bringing attention to any problems before they become disastrous in nature.

AI-enabled computer-aided translation (CAT) software has revolutionized the way documents are translated today. The software not only translates boring, easy-to-read documents but also provides links to terminologies, databases, wikis and other sources.

That’s not all CAT can do. It also understands the strengths, weaknesses, preferences, schedules, area of expertise and skills of numerous linguists to assign the aptest translation work for them.
Adaptive Neural Technology: Before 2015, machine translation based on neural technology simply looked at portions of a text and compared it to a database of previously translated text in order to find the best possible translation. If a document needed to be converted from French to English, the machine would take segments of the French document and examine it against a database of the previously translated text of French to English.

Then, the machine would cough up suggestions.
But that changed when researchers developed a new statistical system called neural networks which not only provides suggestions based on its database but also learns how to translate like humans.
Neural machine translation learns on the job and produces results similar to humans by learning from them. Moreover, the machine also learns from translator interactions. When a translator, for example, overrides a suggestion given by the machine, it learns from the fix. The next time the same phrase that was earlier overridden comes up, it will offer a better suggestion.
Neural technology is rapidly evolving. The more database of translations the neural network has and the more it interacts with linguists, the faster it learns and the better it becomes at translating a text.
IBM Watson: Another technology that has transformed the translation field was developed by IBM as a product of their research team’s efforts to creating a highly intelligent question-answering computer system.

Watson can access 200 million pages of content to deliver the best possible answer to a question. IBM has developed Watson in such a manner that it can provide insights and opportunities in research, communicate with customers to solve problems, anticipate potential issues and provide recommendations (or predictive translations). 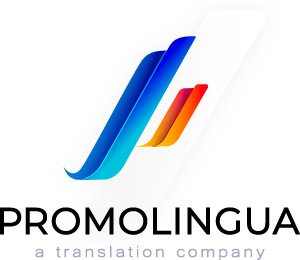 We connect cultures in a multilingual world, with a global network of human experts translator. We’ll
proudly serve our clients worldwide, delivering your content on-time, and at project cost.